What Is A Motorcycle Made Of?

Motorcycles are popular types of two-wheeled vehicles that come in many varieties. However, have you ever wondered what a motorcycle is made of? Let’s dig in!

The motorcycle chassis consists of the frame, suspension, wheels, and brakes. The raw materials that the body of the motorcycle is made of are metal, rubber, and plastic. While the motorcycle frame is primarily made of metal, the frame is often coated with plastic, and the tires are made of rubber.

As motorcycle and engineering enthusiasts, we have the experience and resources to bring you the very best information on what motorcycles are made of.

‍What is a Motorcycle Chassis?

The chassis is composed of a series of metal plates, slats, and bars that serve as fulcrums for most of the components that make up a motorcycle. Since the chassis runs all the way through the motorcycle's length, all the various elements along the chassis can be fitted for optimum safety and engineering efficiency.

What Components is a Motorcycle Made of?

The motorcycle frame provides the vehicle with the structure onto which all other components are mounted and fitted. The frame comprises hollow tubes, usually composed of steel, aluminum, or an alloy of the two. The frame is also essential to keep the wheels in line during riding, thereby helping to maintain the overall handling of the motorcycle.

Motorcycle wheels are typically composed of steel or aluminum rims, although several models introduced in the 1970s and after offer cast wheels. Cast wheels have become more common since they allow for the use of tubeless tires, which do not have an internal tube to hold the compressed air like pneumatic tires do.

In cast wheels, the air is held between the tire and the rim, and the internal air pressure is maintained by a seal between these two components. Although the probability of a tubeless tire blowing out is low, they can create problems when ridden on rough roads as even a tiny bend in the rim will compromise the seal and cause deflation.

Notably, motorcycle tires are designed in different ways depending on the type of motorcycle and the road and terrain conditions on which it will most likely be ridden. For example, dirt bike tires have a treaded surface to provide maximum grip, while touring bike tires are made of very hard rubber that lasts longer but provides less grip.

Both the front and rear wheels of a motorcycle have a brake fitted onto them. The front brake uses a handgrip on the ride-side handlebar while the rear brake is activated using the right-side foot pedal. Today, most motorcycle brakes are disc brakes, which are superior in performance to the formerly used drum brakes.

Disc brakes are composed of a steel braking disc sandwiched between the brake pads and connected to the wheel. When the rider activates the brakes on their motorcycle, hydraulic pressure builds up in the fluid within the brake line, causing the brake pads to squeeze against either side of the disc.

The friction generated by squeezing the brake pads on both sides of the brake disc causes the wheel to slow down or stop completely.

A carburetor is a mechanical device that forms part of the motorcycle's internal combustion engine. The function of the carburetor is to provide fuel to the combustion chamber to create an explosion and release energy, which is used to move the engine's pistons.

Carburetors mix air with raw fuel to produce a highly combustible blend of fuel, which is more volatile than raw fuel. A vacuum is created by the downward stroke of the engine's pistons, which pulls the fuel mixture into the cylinder walls. Another process initiates a properly timed spark, igniting the fuel, causing a controlled explosion that forces the piston downward and produces power to turn the wheels.

The transmission system of a motorcycle is composed of various parts, including a clutch, steel ball flyweights, metal plates, a crankshaft, gears, pulleys, and either rubber belts or metal chains.

The rest of a motorcycle's transmission system components are contained within the drive system. The drive system is composed of either a chain, belt, or shaft, which transfers power from the engine to the motorcycle's rear wheel.

The power system or electrical system of a motorcycle consists of several parts and can be divided into a number of separate circuits. The following circuits must be part of a motorcycle if it is to be approved for road use.

A motorcycle's power system is also composed of the charging system, which is made up of an alternator, a battery, and a regulator/rectifier. Below are the functions of each of these components of a motorcycle charging system.

Raw Materials of a Motorcycle

To this day, motorcycles are still manufactured using mostly steel and aluminum. Aluminum is a highly valued metal for motorcycle manufacturing due to its lightweight, high tensile strength, and non-corrosive properties. Meanwhile, steel is highly valued for its strength and durability, despite being heavier than aluminum.

Due to the specific properties of both steel and aluminum, these raw materials are typically the go-to metals for motorcycle manufacturing. They are also used to manufacture gas tanks, handlebars, forks, and wheels.

The steel or aluminum parts of a motorcycle can be manufactured using three distinct processes. Metal parts can be billeted using a CNC machine, cast using a mold, or forged using a combination of heat and hammering.

Depending on the function of the part, the type of metal used, and the design of the part, any of these three processes can be used to manufacture metal parts for a motorcycle from steel or aluminum.

How is a Motorcycle Manufactured?

The manufacturing of a motorcycle consists of a series of steps that can be described as follows:

The last part of motorcycle manufacturing is quality control. This is where inspectors undertake a visual and tactile inspection of how well the parts have been fitted and painted. After this, the proper functioning of each motorcycle is inspected using a dynamometer, which accelerates the motorcycle from 0 to 60mph. 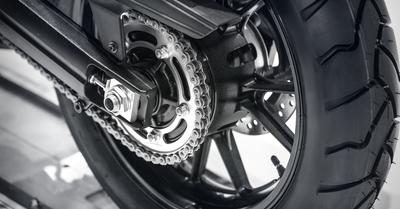 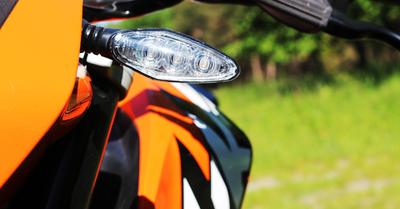 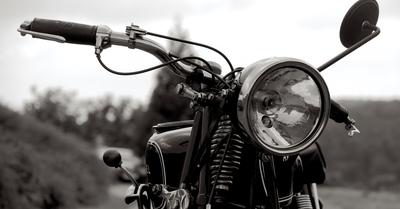 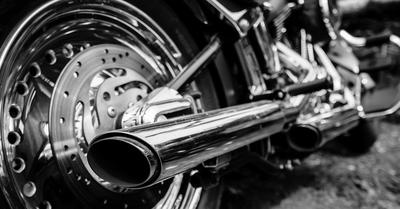 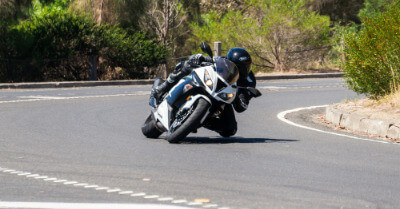 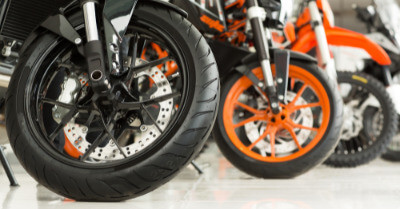 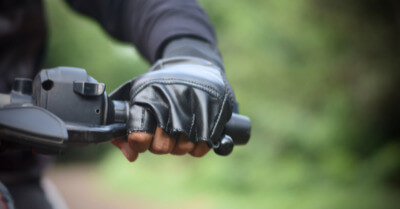